Missoula Robotics Team Gets Fourth Place at Regionals in Boise 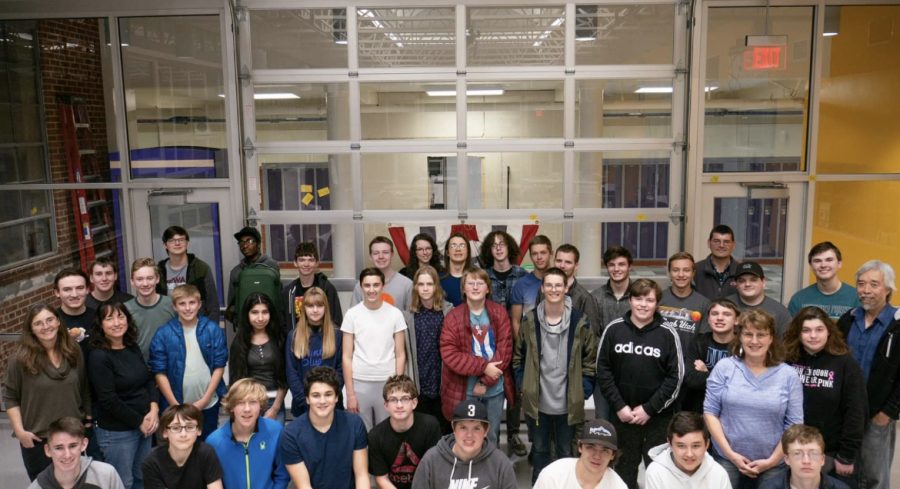 Did you know that we have students at Hellgate who program and engineer robots? The Missoula Robotics Team recently returned from placing 4th at their regional competition in Boise, Idaho, where they made a robot to complete multiple challenges. This was their first competition due to the COVID-19 pandemic, and Everett Smith, Nathan Ritchlin and Nathaniel Bruns were pleased with their team’s performance this year. Additional Hellgate students representing the Missoula robotics team included Bram Cunningham, Quynh McKelvey-Pham and Adam Story.

Ritchlin explained what they do at competitions: “We build a robot to competition specific standards and basically it’s a game where you try to score points with a team of two other robots, so you build your robot based on those parameters and hope to win with your alliance.” Each alliance is made up of three teams and there were eight alliances in the playoffs.

“In January we get a rule book and a video that shows what we have to do and then we build a robot to satisfy those requirements. This year we had to build a robot to pick up balls and score them into a goal. There was an upper goal with more points that was harder to get balls into and a lower goal that was worth less points and easier to score into and then the robot also needs to be able to climb up monkey bars at the end of a match,” said Smith.

This was Bruns’s first year being on the robotics team, and he said that he was very happy with the results of the competition, given that he’s a new member of the team. He added that at the last competition the Missoula team attended, in Salt Lake City, they got “destroyed” by teams with more experience and resources. Overall placing fourth is a big achievement for the Missoula Robotics Team because they were competing as the only team in Montana against skilled teams from Idaho, Washington and California.

Although COVID-19 limited the Missoula Robotics Team to fewer competitions, they still made the most of their trip to Boise and will continue to look forward to having more competitions each year as COVID-19 restrictions are lifted.