Ever since I was little I have always loved to read, whether it was books, magazines, or even poems. I started getting into reading when my 5th grade teacher assigned books for the class to read. Since then I have read many more books but my two all time favorites are My Side of the Mountain and The Hunger Games.

My Side of the Mountain was written by Jean Creighead George and is by far my favorite book I have ever read. The first time I read it was in 6th grade, and then I decided to read it again my freshman year in high school. This book is about a young man named Sam Gribley who leaves home at just 12 years old to live off the land in the Catskill Mountains of New York State. Sam learned how to be independent and brave. I have always enjoyed reading books and watching movies about survival, but this book was unlike anything I have read. What amazed me the most was that Sam carved himself a home out of the inside of a huge Hemlock Tree. Along his journey Sam discovered a little peregrine falcon who he named Frightful. Sam spent many long hours training Frightful how to hunt and they became a miraculous team. My favorite part about reading this book was it had lots of room for imagination and I liked picturing what his homemade home looked like.

The Hunger Games, written by Suzzane Collins, is my second favorite book because not only is it about survival, but it’s also about love and loyalty. My mom suggested this book and at first I thought it was weird but as I read further it got so much better. The main character is Katniss Everdeen, a young teenage girl from district 12 being controlled by the Capital. Each year the Capital hosts The Annual Hunger Games where two tributes, a man and a woman, from each district are chosen to fight to the death until there is only one survivor. Katniss volunteered to be a tribute after her sister Prim-Rose was chosen to fight. The other tribute chosen from district 12 was Peeta. Peeta and Katniss trained together even though they were enemies. When the games finally began Peeta and Katniss began working together to take out the other tributes. I enjoyed reading about their strategies to survive and I tried to predict what would happen. Katniss had a hard time trusting Peeta because she knew that there could only be one survivor and that he could kill her at any time. However, Peeta stayed loyal to her because he loved her. Both Peeta and Katniss made it out alive because of their love for each other. This book was definitely a page turner. I had a hard time finding a good place to stop because there was always something exciting happening. The ending was also happy which made the whole book even better.

If you enjoy reading about survival and romance I highly recommend reading these two books if you haven’t already! These stories inspired me to look for more books. I plan to read the whole series of The Hunger Games at some point. There are a few more books that have been recommended to me including When All Hell Breaks Loose, Hatchet, and Into Thin Air. 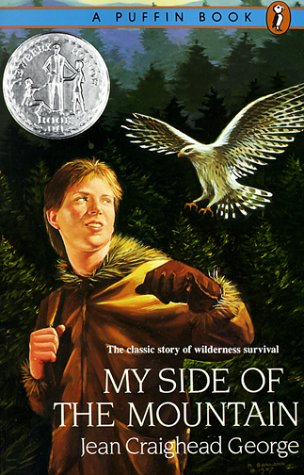