Squid Game Takes Over The Internet 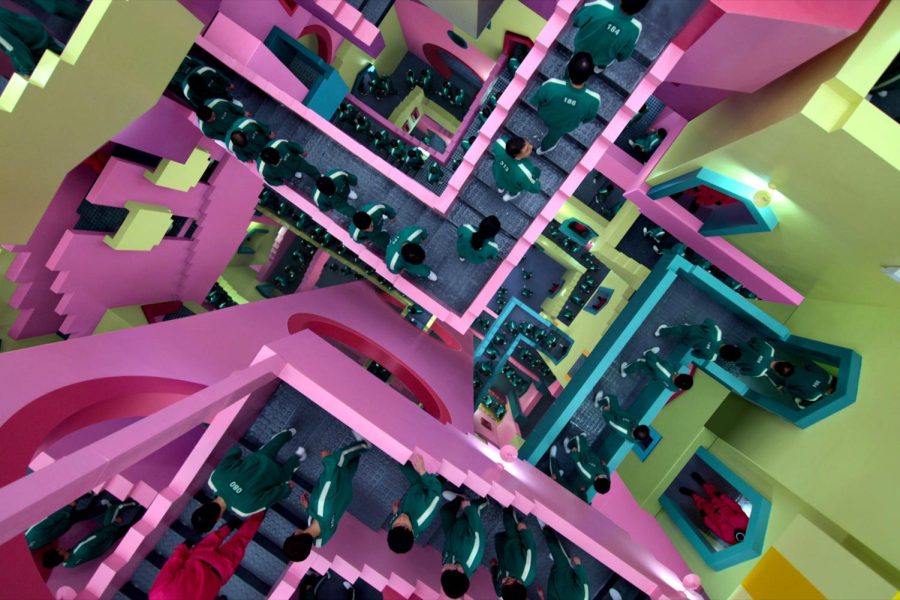 Squid Game addresses several issues such as the inequality between the rich and poor and the exploitation of the poor population. Photo courtesy of Netflix.

Squid Game, the South Korean Netflix original show released on Sept. 17, 2021 has become an international sensation. The show has been number one in dozens of countries, including the United States, the United Kingdom, and South Korea. Squid Game follows the success of many other international tv show successes, such as “Money Heist”, a Spanish show which came out over four years ago and “Lupin”, a French show that is ongoing. The show revolves around Seong Gi-Hun, a South Korean man with a gambling addiction and a massive amount of debt. He joins hundreds of others in a series of children’s games with a violent twist and makes allies and enemies on the way.

More than just an international sensation, Squid Game has made waves on social media. Some of the show’s popularity can be credited to the amount it’s talked about online. TikTok, the social media video app, is one of the main reasons why Squid Game has blown up so much, so quickly with trends such as the Dalgona Candy and the deadly game of “red light, green light”. Dalgona, which is a South Korean honeycomb candy consisting of melted sugar mixed with baking soda and flattened then stamped, is one of the biggest trends right now. The “red light, green light” game consists of a giant child robot that spins around while singing, “mugunghwa kochi pieotsumnid,” which means red light green light in Korean, has become a trend as videos are made as parodies of the robot, the game and the contestants.

Along with social media success, Squid Game has made online gaming success. Roblox, the popular online browser site has several Squid Game copycats. Players go through the games in a server designed like the show, and try to survive.

Squid Game has not been officially renewed for a second season as of Oct. 6, but the director has spoken about possible plot ideas for the second season and the overall theme that will occur in it. The theme for the first season is pretty obviously about wealth, inequality and the exploitation of the poor, the director said in an interview with Forbes that the theme for the second may be about the police misconduct in Korea and America, which both countries have been struggling with recently.