Who is the current president and vice president of the United States? 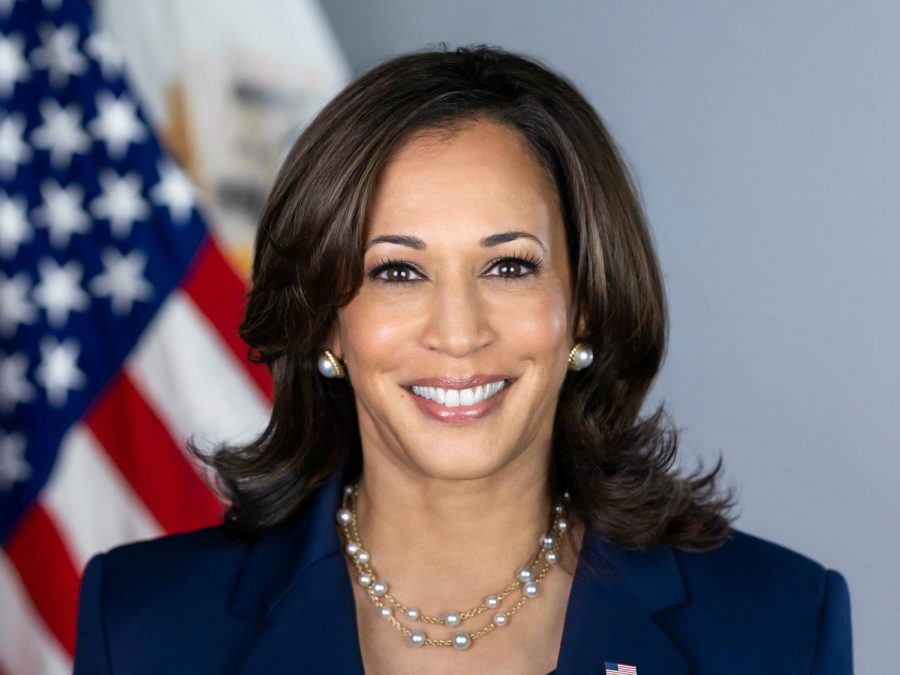 Did you say Biden and Kamala?

You’re right, but have you ever thought about why you use a first name for one and a last name for the other? Why don’t we call them Joe and Harris?  We should keep the language we use to refer to our leaders consistent. Nobody used “Obama and Joe” or “Trump and Mike.”

The Biden-Harris administration uses last names for all official purposes. The campaign signs used their last names. It’s not a Hillary Clinton situation, where she chose to campaign and be referred to as “Hillary” to avoid confusion with her husband Bill Clinton.

Harris did not choose to be referred to as “Kamala” in daily conversation, but that’s the name that stuck. Why?

Earlier this year the Lance published an article examining subtle sexism in high school coaching. Now, we’re looking deeper into how it manifests in the names we use to refer to politicians. While there may be multiple reasons why we started to refer to our Vice President as “Kamala”, at its core this is a product of inherent sexism and implicit biases.

It didn’t start with us. It started with the media – news organizations and social media. We picked the name up after seeing it in use all around us. The more people who started to refer to her as “Kamala”, the more natural it seemed. “Kamala” immediately identifies her as female, whereas using “Harris” is more ambiguous.

I can’t help but wonder about the effect this will have on our history books. Only in the last few decades have we really seen large numbers of women elected to higher positions. The Biden-Harris administration will be part of our history, right alongside the COVID-19 pandemic. If we don’t start saying “Harris spoke with Mexican President Andrés Manuel,” instead of “Kamala visited Rhode Island,” we will see this language reflected in the way that she is remembered for generations to come.

Kamala Harris is not the only female leader who has experienced this. New Zealand’s Prime Minister Jacinda Ardern is also usually referred to by her first name. This makes them seem more relatable at the cost of showing respect.

The implicit biases from both men and women about how women are supposed to act influences the way we refer to them. Women are conditioned to appear friendly and approachable at all times to avoid being critiqued. If we’re not smiling, we’re rude. We’re scared that if we’re not trying to please others, we’ll be called arrogant or standoffish.

This same attitude is why it’s easier to refer to a woman, including women in positions of incredible power, by her first name. Even if it isn’t meant to be diminishing, it is a way of reducing her to someone approachable. It’s more relatable. She becomes a friend, not an influential politician. We may not do this on purpose, but it is a manifestation of our implicit bias and preconceived notions about what women are supposed to be like.

It is important that you recognize the implicit biases that have developed throughout your life. They’re a result of the patriarchy that has influenced and been upheld by our society. Your implicit biases are stereotypes and attitudes unconsciously applied to others. Everyone has them because they are deeply rooted in survival tendencies, and they can exist towards any social group – from age to gender to race to physical ability.

Implicit biases are damaging because they reduce wonderfully complex people down to preconceived ideas, compartmentalizing them into boxes. It’s worse when we don’t acknowledge it because that’s when they lead to harmful prejudice, often without you even realizing it.

These biases compound on one another. Harris is a woman of color, and that inevitably plays a role in the way people perceive her. This is also reflected in her name. Even though we tend to call her “Kamala” many Americans struggle with the pronunciation of her first name. It’s comma-la, like the punctuation mark. Even at the inauguration on Jan. 20, 2021, Sonia Sotomayor mispronounced Harris’ name while swearing her in as Vice President. BIPOC with so-called “difficult” names to pronounce experience this on a near daily basis.

We can fix this. For starters, we can learn to say her name correctly. If we can pronounce Arnold Schwarzenegger correctly, we can definitely say Kamala Harris. We should put more effort into learning the correct pronunciation for all female politicians, from Alexandria Ocasio-Cortez and Rashida Tlaib to Deb Haaland and Gina Raimondo.

More importantly, we should pay attention when we’re talking about the leaders of our country. It’s crucial that we consider the way our words reflect and influence our biases and the way we think of people. Referring to someone by their last name, especially with politicians, typically conveys more authority and respect.

Kamala Harris is a trailblazer shattering glass ceilings. She deserves to be remembered by generations as Vice President Harris, not just “Kamala”.