The House That Rob Built is a Heart Touching Film

This year Missoula hosted the 17th annual Big Sky Documentary Film Festival. These films try to have the power to transform our world, our culture, our youth, and ourselves. It is a non-profit artist institute. Their goal is to bring in stories from around the world to Missoula, to support the people who made them, to create vibrant events that bring our community together, and to expand our knowledge. I went to see the film “The House that Rob Built” in the Wilma on February 20th.

When you hear the title you may think it’s actually about a house that someone built, but if you follow the Lady Griz or just sports in general, you will know it’s about the program Robin Selvig built up during his near-40 year tenure, from 1978 to 2016. Over the course of his coaching career, he had 865 wins and 286 losses.

During the film, it was super heart touching to see how intense and focused he got when it came to game day, because it showed that those girls meant the world to him. During games, the film showed him somehow ending up on the floor after a bad call, good call, bad play, or good play. His affection on the court is just the same for his players off the court.

Throughout the film, you get to see how his basketball life led to being a coach. The film shows you what he went through to get to where he was, and how that impacted his personal life too. Think about being a D1 college coach, husband, and dad. That wasn’t just hard on his family but also hard on him, trying to give everyone equal time. In the film, his wife talked about how it was hard for her to not have a lot of time with her husband, but she also saw how happy it made him being a coach and seeing him be able to lead the girls to a win. 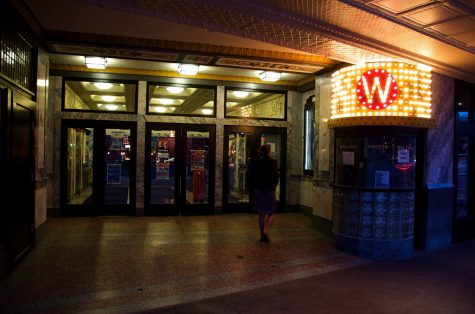 The film shows the players talking about their coach and everything they remembered from when they played. Some of them shared those happy and exciting memories, like seeing their coach down on all fours during the game. Some shared the tear jerker memories, like when they won a game or those deep inspiring half time talks to get them back in the game.

The film is so inspiring to young basketball players. Once you see it, that is what you are going to be thinking about before games. It also shows that when you have determination you can finish off a 38-year-long coaching career with only 286 losses.

From the film, we only get a snippet of what it was like for him, his family, and all the girls he coached, but you could tell that he had a very big impact on all of them. He inspired and shaped a lot of the alumni Lady Griz players. That is something most coaches don’t get to do.